Less than two weeks after I joined I joined the forces of 3D Robotics, we released Dronekit.io! I did all the front end and wireframes for this project, and am pretty proud of our team. In this project we used rails, bootstrap, 3scale, sphinx, haml/scss, and high fives.

The release was announced at the annual Embedded Linux Conference  , which then lead to an explosion of media coverage. Check out some articles written about the release : TechCrunch , Engadget , Helibros , Interdrone , Flightclubs , 99 Drones , Tweaktown 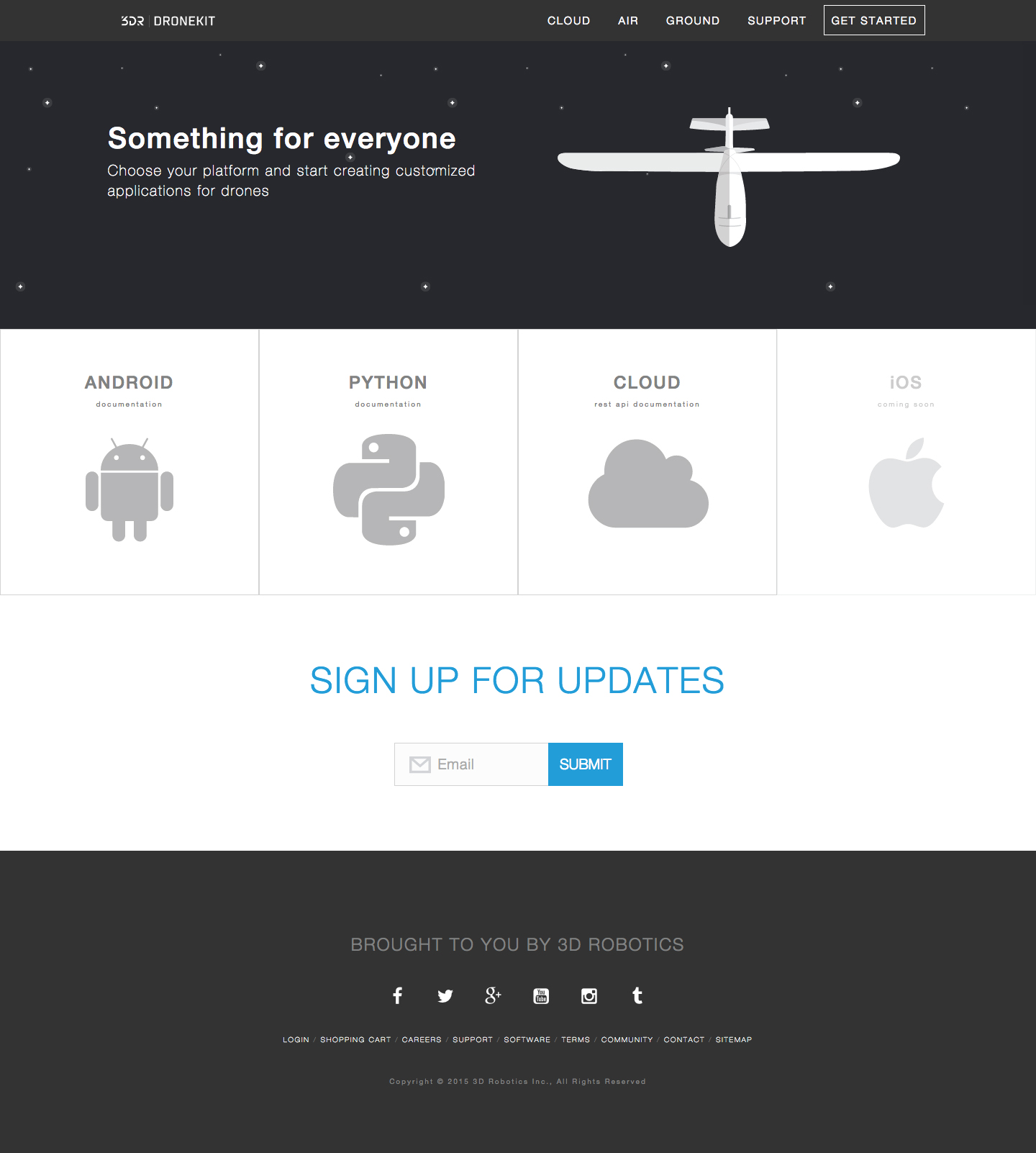 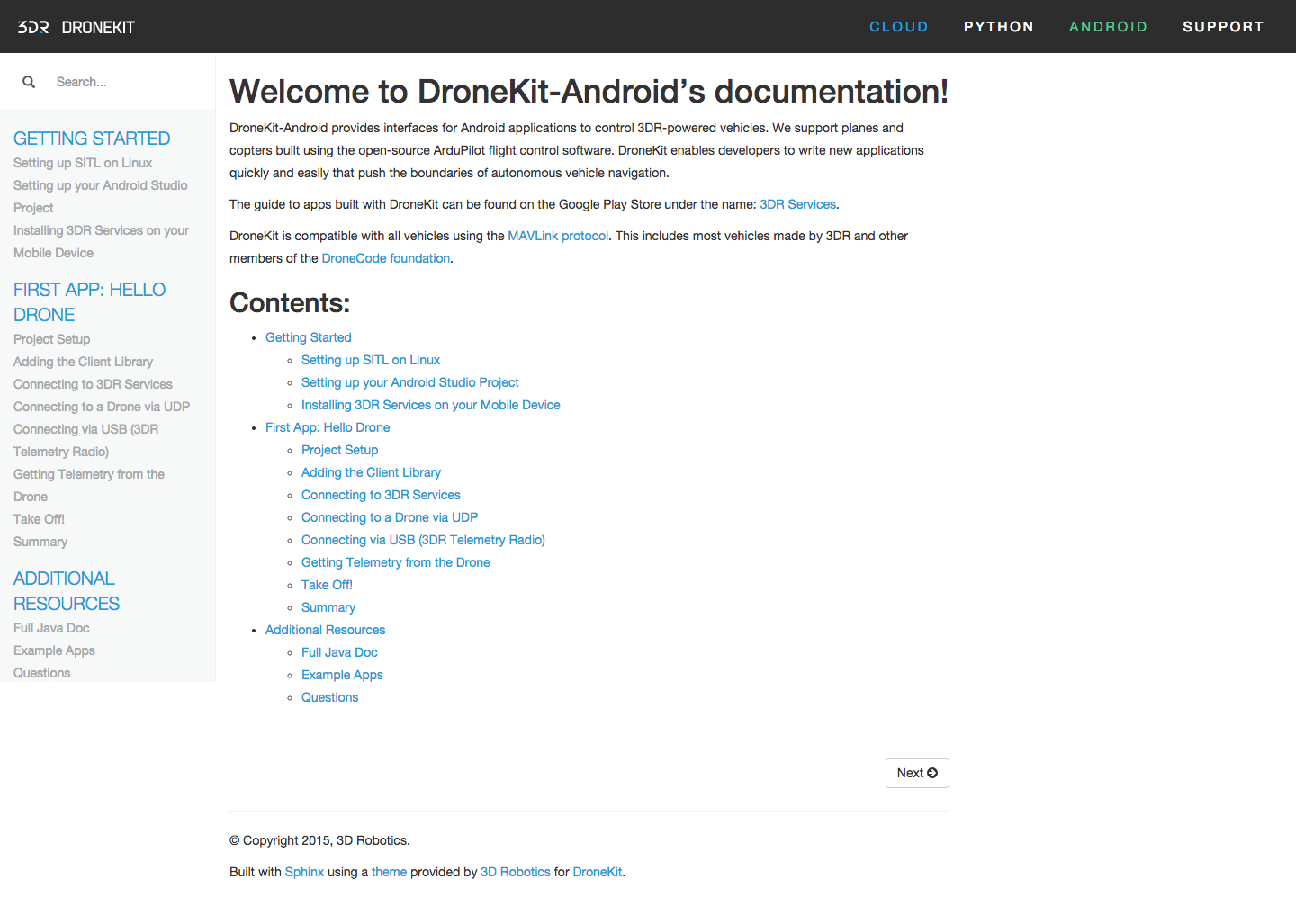